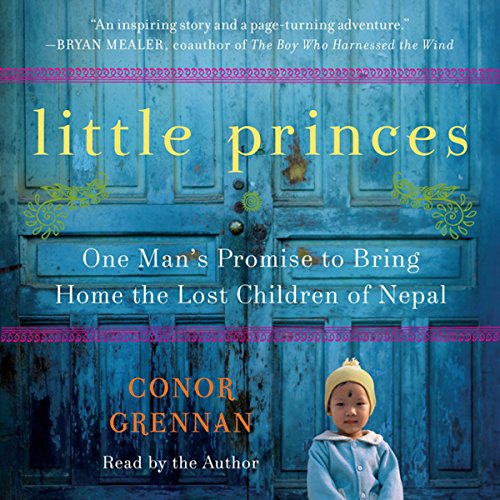 Local author Conor Grennan will speak about his best selling book and his personal quest to stop child trafficking in Nepal.  The event will be held at the gorgeous Grace Farms in New Canaan.  Heavy hors d'oeuvres will be served.

Nearly two decades ago an adventurous 29-year-old began an intrepid year-long journey around the world.  He began his adventure in Nepal, a country that had been ravaged by years of civil war and internal conflict. During a three month volunteer assignment at a local orphanage, he discovered that the children were not really orphans at all-they had been taken from their families under false pretenses of safety and education. Stolen from their parents, they were thrust into a cruel world of trafficking and servitude.  This grim realization sparked a dedicated lifelong mission to reunite the lost children of Nepal with their parents.

On Wednesday, October 6th, please join us for a special local author series event with New York Times bestselling author and Dean of Students at the NYU Stern School of Business, Conor Grennan.  Conor will share his personal journey and experiences as detailed in his memoir, Little Princes: One Man's Promise to Bring Home the Lost Children of Nepal. He will be available to answer questions and to sign copies of the book for those who bring it to the event.

This special event will include heavy  hors d'oeuvres and a cash bar at the beautiful Commons, one of the landmark buildings at Grace Farms in New Canaan.  Grace Farms is a non-profit foundation dedicated to an interdisciplinary humanitarian mission focused on nature, the arts, justice, community, and faith. In 2015 Grace Farms received the prestigious Mies Crown Hall Americas Prize which recognizes the most distinguished architectural works in North and South America.