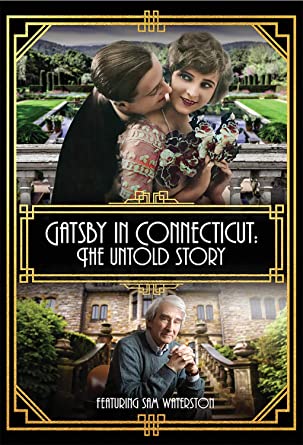 Local documentary filmmaker and Harvard Alum will present his recent award winning film that argues that Westport is the true setting of F. Scott Fitzgerald's most famous novel.  Zelda and F. Scott spent their first months as newlyweds in a cottage house bordering an eccentric mansion close to Compo beach.

Robert Williams will show clips from his film and discuss the story behind the story of the setting of F. Scott Fitzgerald's novel, The Great Gatsby. The film features actor Sam Waterston and actor Keir Dullea as they sort through the history of Westport at the time that the newlywed Fitzgeralds lived near the home of a mysterious millionaire close to Compo beach.

Williams is an award-winning filmmaker and novelist.  His first full-length documentary Gatsby in Connecticut was selected by the New Yorker as one of the best films of 2020.  For the past twenty years he has been writing stories and making short films and videos for not-for-profit foundations including Safe Water Network (founded by Paul Newman) and Dublin based Concern Worldwide. He's currently working on a documentary about the Elman Football Club of Mogadishu.  The club uses sport as a  means to inspire cooperation in Somalia, a country where so many have only known war. Robert is a graduate of Harvard Business School, class of 1988.

The film is available for free streaming through many local libraries for those that wish to see it before the discussion. It is also available on Amazon.

A Zoom event. The link will be sent the morning of the event.